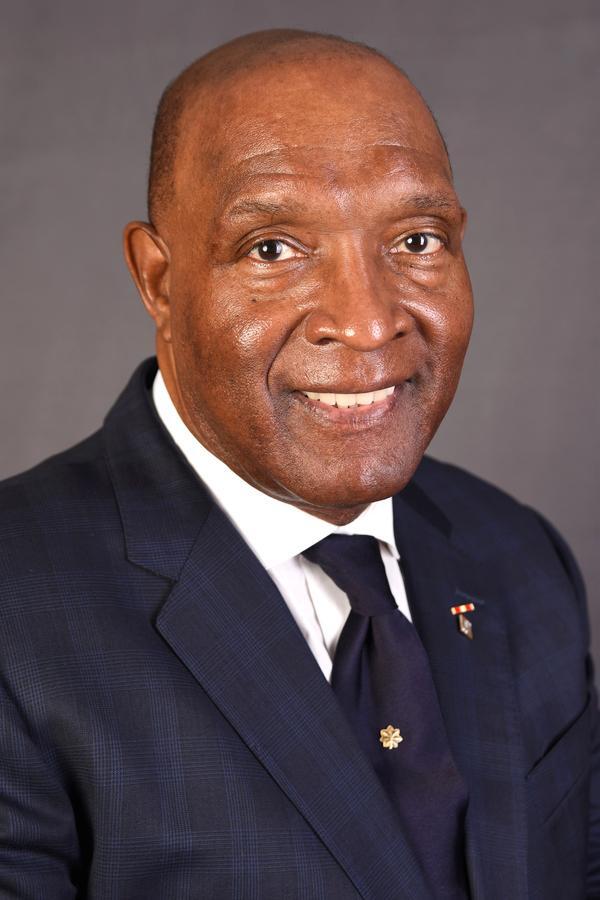 A financial advisor who became a limited partner with Edward Jones, my career began in financial services on Virginia's Eastern Shore in 1997. My goal is to help individuals and businesses achieve their financial goals using appropriate investment strategies.

Prior to establishing an Edward Jones office, I served 20 years in the United States Army and retired as a major in 1996. I served in the Gulf War and was awarded the Bronze Star for service in the combat zone and five Meritorious Service Medals.

I am married to Dr. Shirley Randall. We have a son, Xavier, and grandson, Ashton.

My educational background includes degrees listed on the left. I also earned several certifications: AAMS™ from the College for Financial Planning in 2003; Managing the Drucker Way at the Peter Drucker Institute of Claremont University in 2004; and Competitive Strategies in Financial Services from Harvard University in 2006.

Active in the community, I have served on the following boards: Northampton County Board of Supervisors, Virginia State University Board of Visitors, Melfa Rotary Club, Eastern Shore United Way, Eastern Shore of Virginia Chamber of Commerce, Accomack-Northampton Planning and Transportation District Commissions, Cape Charles-Accomac Alumni Chapter of Kappa Alpha Psi and Riverside Shore Memorial Hospital Board of Trustees. I was a candidate for the Virginia House of Delegates and State Senate. I am currently a member of the Onancock Rotary Club and Eastern Shore Community College Board.

My Edward Jones team advocates for the community and spearheads campaigns each year to help others. This year we stuffed 212 backpacks with supplies for Accomack and Northampton County School students. We formed a team of 107 walkers for the Walk to End Alzheimer's, raising over $9K. And clients and staff brought 75 gifts for the Angel Tree.

My office has three Branch Office Administrators, Kathy, Wendy and Carolyn. My team and I are committed to the highest level of service, providing investments, services and tools clients need to work toward their financial future.