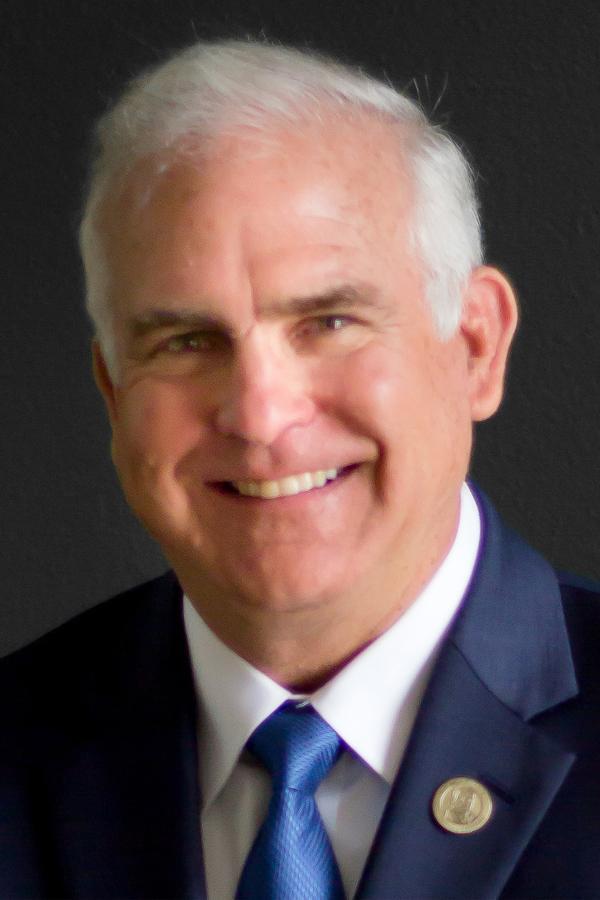 I grew up in Florida, attending St Mary’s Catholic School and Rockledge High. I earned an appointment to West Point and graduated in 1983. I've dedicated my life to serve God, country, community and family.

As an officer in the U.S. Army, I served in the “Big Red One” and the 82d Airborne Division as an airborne ranger. I was awarded the Combat Infantryman’s Badge and Combat Jump Star for operations in Panama and the First Gulf War. I moved back to Brevard County with my family and began working at the Kennedy Space Center with McDonnell Douglas. In 1994, I joined Edward Jones as a financial advisor and opened the firm’s first office in Rockledge. In June 2000, I was named a regional leader responsible for the 50-plus financial advisors in East Central Florida, and served in that position for 13 years. In 2004, I was named a general partner of the firm and a subordinated limited partner in 2014.

Past and current community service includes: board member for the Florida Securities Dealers Association; chairman for the Wuesthoff Hospital Health Systems and the Salvation Army Advisory Board; vice-chairman of the 4-H Foundation; board member for the City of Rockledge General Pension and the Brevard County Finance Committee; elder at Georgianna United Methodist Church; member of the Brevard County Civilian/Military Council, Military Officers Association of America, Cocoa Beach Regional Chamber of Commerce and the Florida Fly Rod Club.

I am most proud of my wife, Debbie. We were married at West Point in 1984. She has been my source of strength and encouragement ever since. We have two sons, Vincent and Gregory. Vincent served in the Marines then graduated from UF. He owns and operates Phelps Family Cattle and is married with two children. Gregory graduated from UCF with degrees in business and economics. He joined my office as a financial advisor in 2015 and opened his own Edward Jones office in Rockledge in 2017.